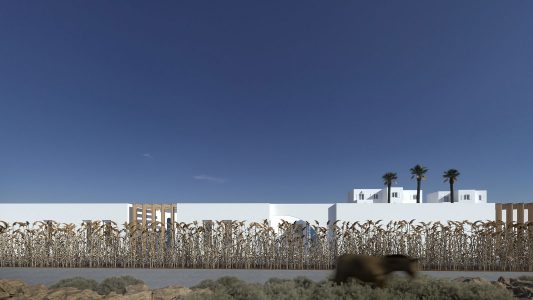 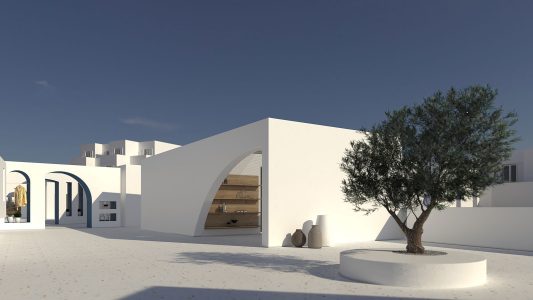 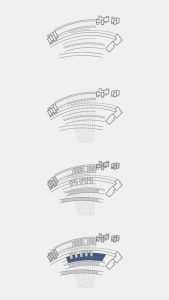 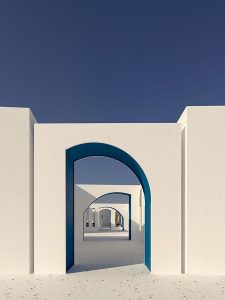 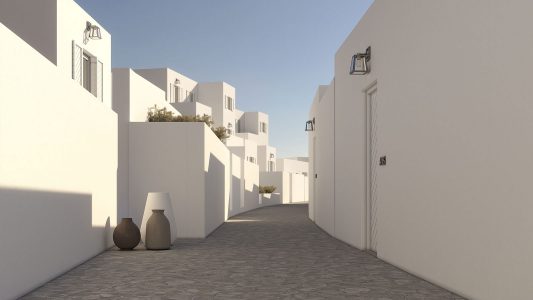 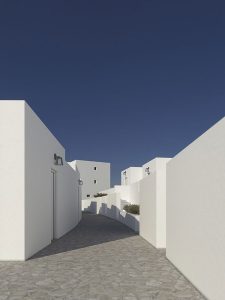 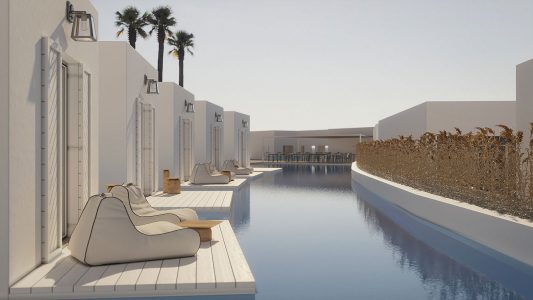 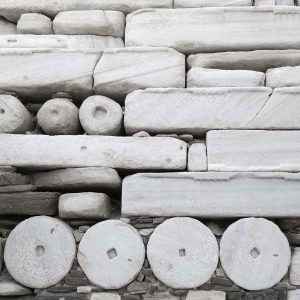 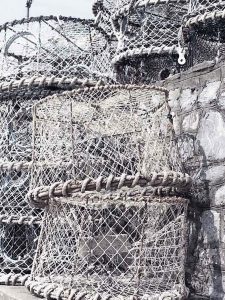 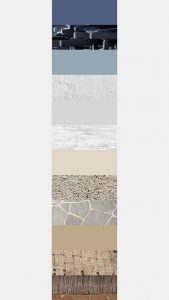 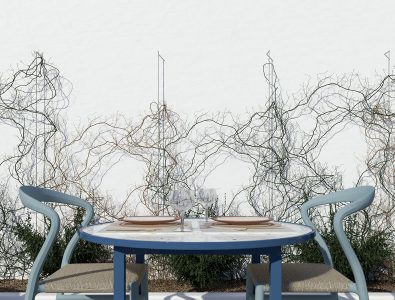 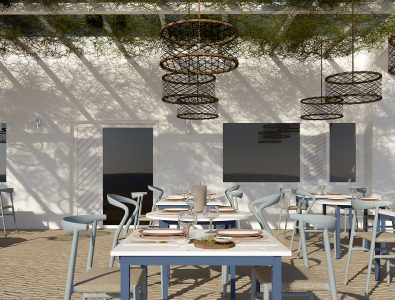 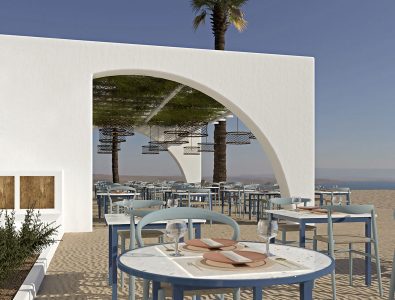 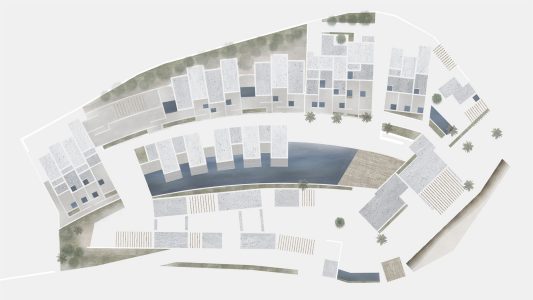 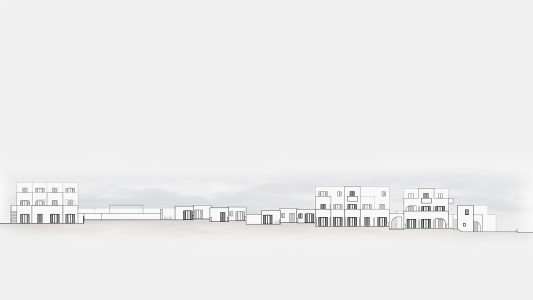 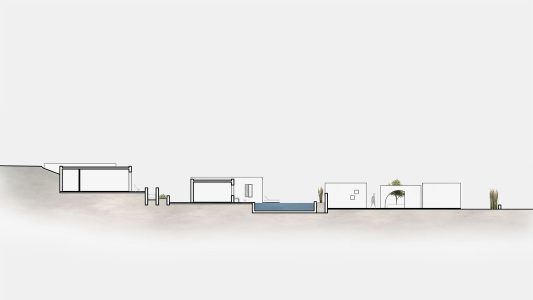 The main principles of the compositional process were the creation of spaces that through their structure, shape and views, would be harmoniously integrated into the traditional settlement surrounding our intervention, as well as the complex’s integration into the natural environment to which the site is immediately adjacent. This idea has led to a reformulation of the elements that constitute Naoussa’s structured landscape and the way it balances within the natural environment.

The aim is thus to create a modern structure that draws the foundational principles from the analysis of the area, creating a new formation of Paros’ settlement. Some of the key design tools of the synthesis include the creation of squares and passages with variant geometry that constantly change the visitor’s point of view to different directions, as well as the creation of spaces that will enhance the element of surprise to the tenants.

Visitor’s first contact with the complex is through a gradual passage from nature to the structured area of the hotel, specifically to the central area of movements which is the modern transcription of the Cycladic alleys. This axis is enriched with all the common functions demanded by the building program, making it a vital part of the composition. Structures of Paros’ architecture, such as the arches met on the island’s settlements, are placed crosswise altering the quality of the space and enriching the visitor’s experience. They also support the commercial uses of the hotel by creating an open air market.

A promenade, connecting the existing buildings with the proposed new ones, is designed as a route with prominent identifying element the arcs that substitute the traditional arches of the settlements’ narrow paths, as a contemporary approach of such traditional elements. Due to the careful choice of size, inclination, direction and placement of the arcs, as well as to perspective, they seem to compose an entire arch as a whole, recalling this traditional construction technique from which they are derived.

This central axis leads to two main poles of the complex of different spatial qualities, a public square and a restaurant. The quiet square is organized as a place where the pastry shop comes to life, while there is also a reading spot for our small bookstore’s clients. Next to the public square is the passageway that leads to the hotel areas where the rooms are located. Empty spaces between the building volumes, frame the views of the water element as a reference to Naoussa’s alleys network. The entrances to the new rooms are organized through this area either on the same level with the corridor, or through staircases parallel to the main axis, resulting in a modern transcription of the traditional exterior stairs.

The pool area, the pool bar and the all-day restaurant are organized in the northern part of the complex. They are directly accessible either from the hotel’s entrance or the rooms’ area. The swimming pool is set in front of the private rooms, clearly reflecting the way the traditional settlements of the island are adjacent to the sea. Finally, the beach restaurant is located near the coast and aims to be a natural continuation of it. The sandy beach becomes part of the outdoor areas of the restaurant, as well as the beach bar, and creates a unity with the beach.

In total, the leaseholder company’s tight brief, also according to our architectural study and design, includes the total refurbishment and renovation of three building volumes to host 30 rooms and a restaurant. Additionally, we were commissioned the design of new building volumes to host 12 extra rooms and public uses, including a reception area, a bookshop with a reading spot, a pastry shop and a cafeteria, a conference & multi-purpose area, back offices, a bar and a restaurant.