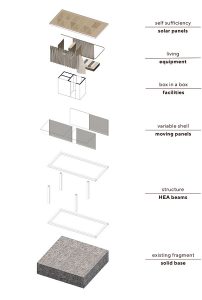 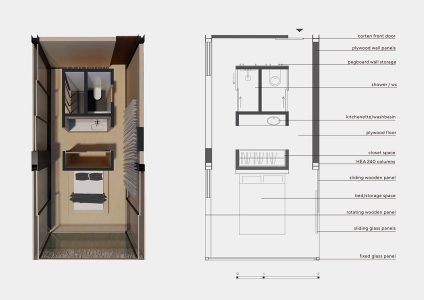 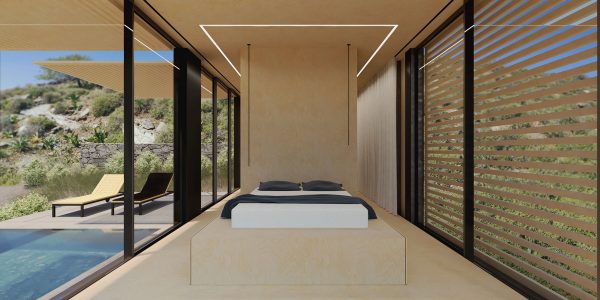 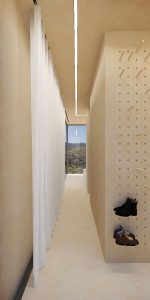 Addressing the owner’s desire for a hospitality complex consisting of a multitude of underground cave houses in the heartland of Kea Island, we took a step back and re-examined the available design options.

Despite the incentives afforded by the building code, we decided against the construction of hundreds of square meters of underground structures, since that would mean an irrevocable disruption of this virgin area of the island which could not be mitigated by the installation of concealing green roofs. The conventional way of building with a succession of single and double floor volumes was also rejected based on our decision to add as little “noise” as possible to this unbuilt area.

We chose instead to propose a solution that seeks to embody Lightness, Temporariness and Synergy with the natural environment as it’s core concepts.

The rough dry-stone ruins scattered throughout the field – once temporary shelters for the locals – are multiplied and utilized as solid bases which support light structures constructed off-site out of metal and wood. These housing units, small in size, scattered on the slope and keeping the natural colors of their materials are incorporated into the landscape, resembling oversized versions of the omnipresent beehives found around the island. The multiple qualities of the units when in use (open/semi-open/sealed) contribute depending on the hour, the elements and the tenant’s mood to the abstract concepts described above becoming lived architectural experience in tune with the island’s nature.