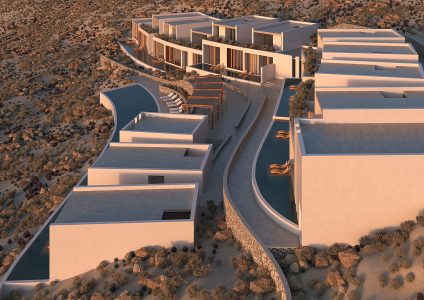 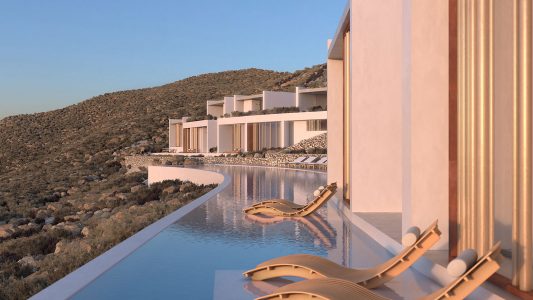 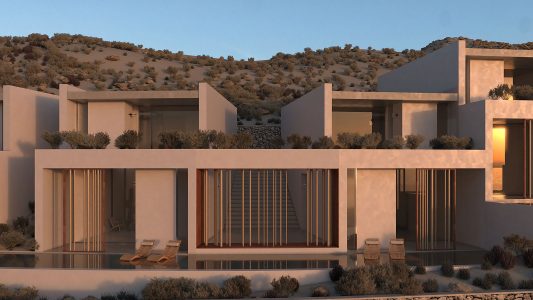 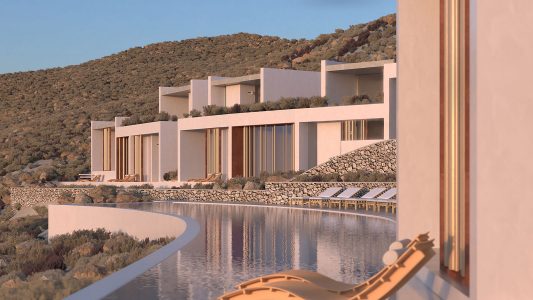 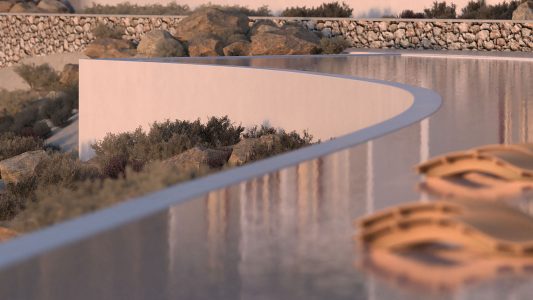 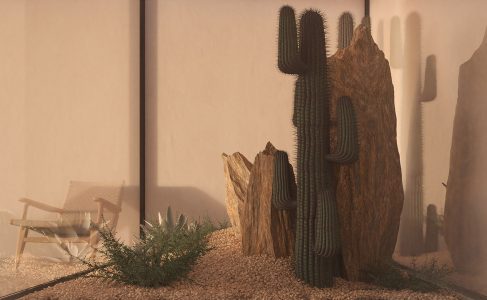 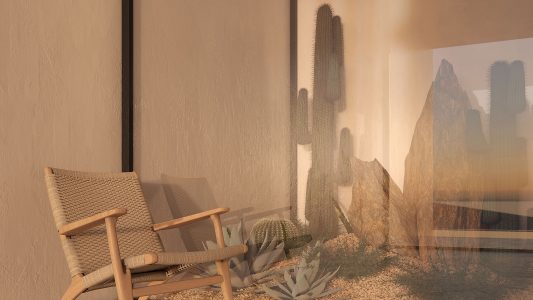 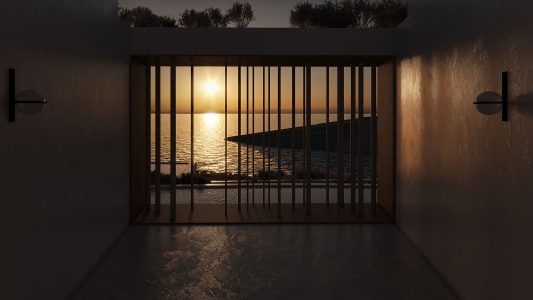 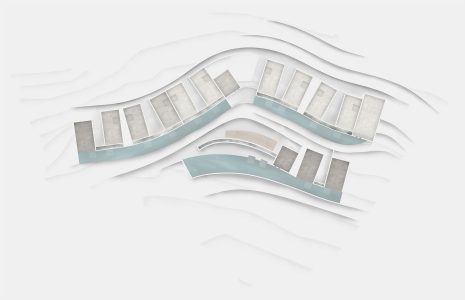 The flow project is a summer accommodation establishment complex in Plintri, Mykonos, Greece, with amphitheatrical view to the Super Paradise beach. With a direct award of contract, the ownership commissioned the architectural firm gnb architects to create the 5* hotel complex study. The resort itself comprises 21 suites, two of which can accommodate people with disabilities, while common spaces include a lobby, a pool bar, a restaurant and a business centre.

The ground curves serve as the main compositional tool. Driven by the intense slope of the natural terrain and respecting the natural environment, the hotel develops in two zones so that all room units, as well as the public areas, have unobstructed view to the Super Paradise bay. A structure system is created to accurately organize the seemingly fluid forms and natural surroundings.

The main intention of the design is to preserve and highlight the curved forms resulting from the intense terrain and their transcription into the hotel’s structure. Prominent identifying element of the synthesis is the creation of longitudinal flow lines, translated into the basic form of the main volumes, as well as all the hotel’s outdoor areas.

The rooms are divided into groups of four in two levels at each zone. The lower level rooms feature private swimming pools which in total create a unified water area following the flow lines of the composition. The descents formed between the building volumes provide access to such rooms, while drawing the gaze towards the horizon. Through visual filters of planting and construction, the view is gradually revealed and privacy is succeeded.

From total seclusion to social osmosis, the resort complex offers a variety of different spatial qualities to the tenants. The allocation of all public programs is succeeded through a central descent, along which we meet the dining area, changing rooms and finally the main pool that is also bounded by the basic flowing lines that form the hotel unit. A coherent space is created respecting the natural terrain and, at the same time, translates the Mykonian architecture of leisure accommodation into a modern approach.