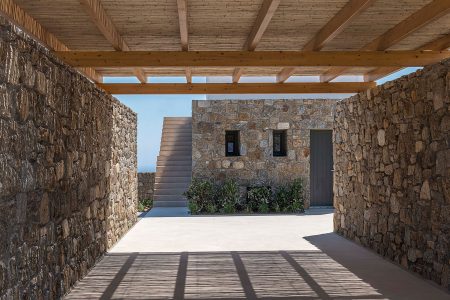 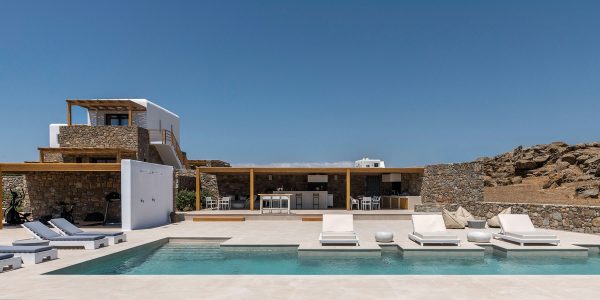 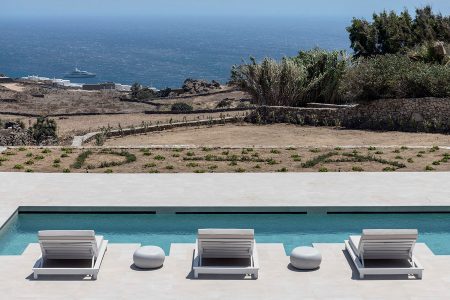 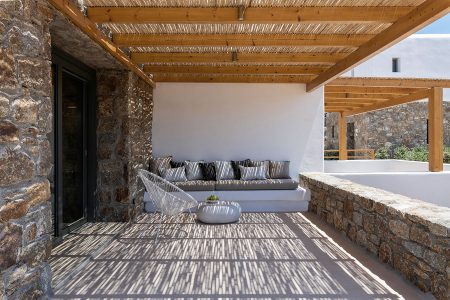 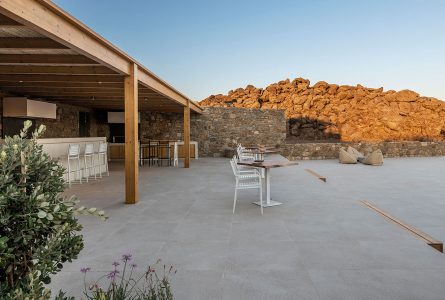 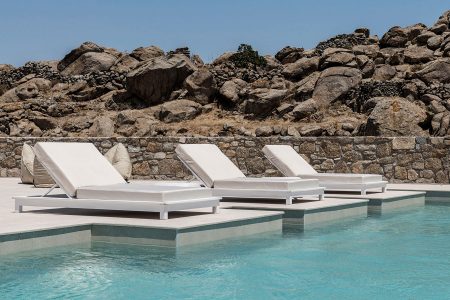 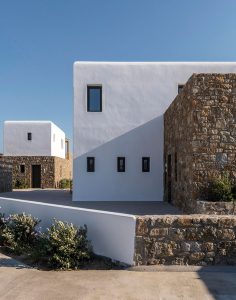 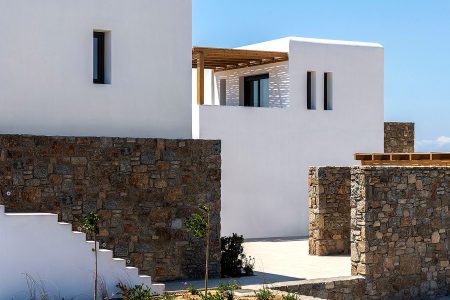 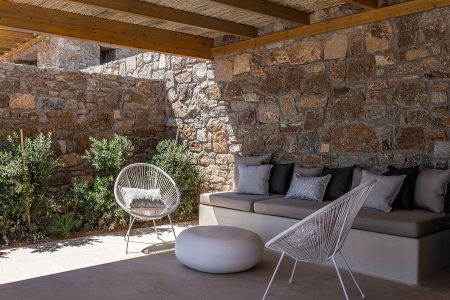 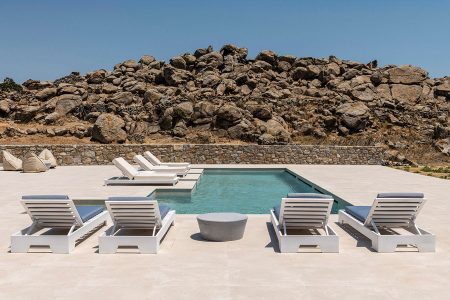 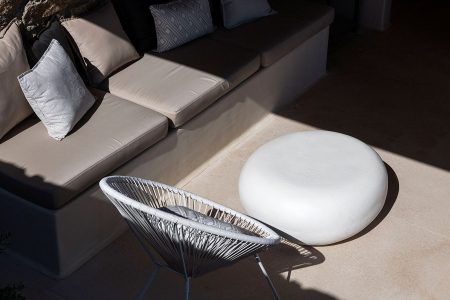 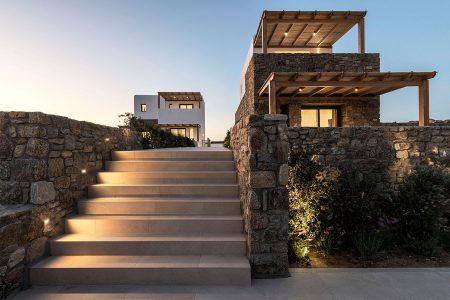 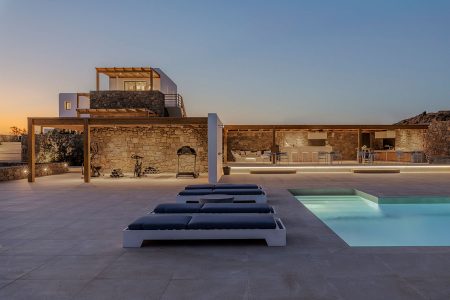 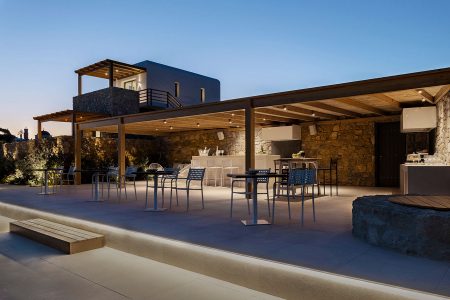 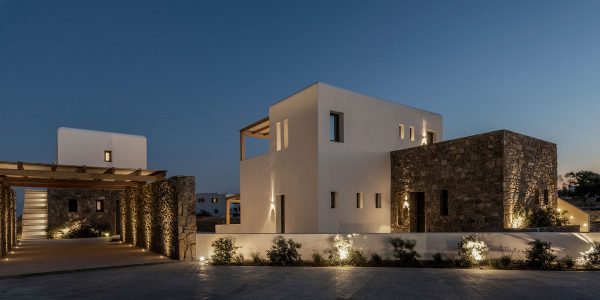 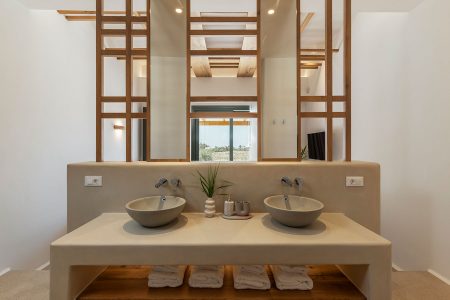 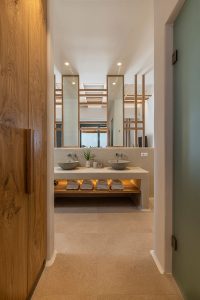 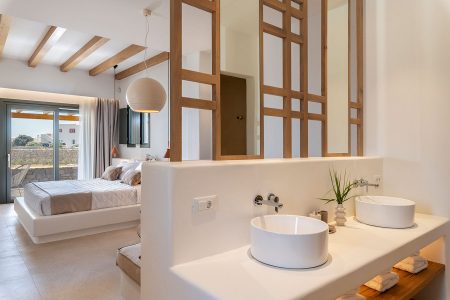 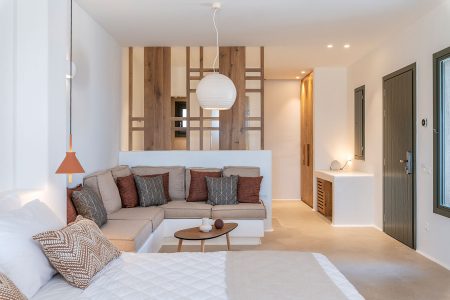 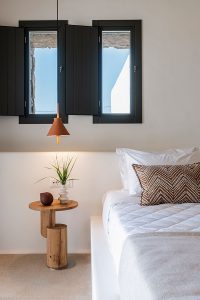 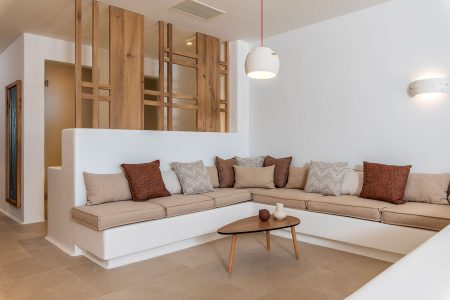 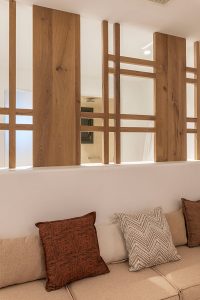 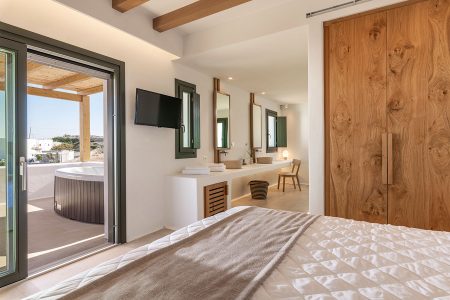 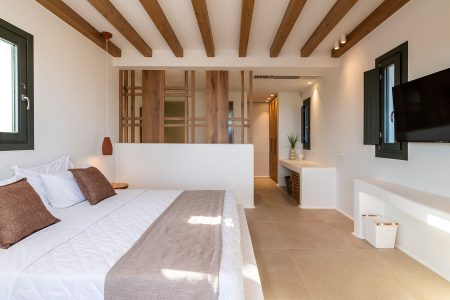 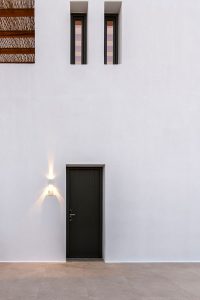 The study concerns the design and construction of a small hotel unit in Mykonos. The remote location of the site from the sea and the rocky ground characterized by naturally shaped hills that surround the plot, imposed a design approach that respects the uniqueness of the landscape and harmonizes with the natural terrain.

In the elongated, relatively low-rise plot, the requirement was the design of 5 rooms, which can function either independently or as a whole.

The complex consists of 2 two-storey volumes, which are located on the north-south axis. The entrance is from the north, where two sliding walls lead to a plateau from which access to the rooms. The buildings communicate with each other via a linear route which leads to a degraded core of outdoor relaxation, where guests have the opportunity to enjoy the view to the sea and the beach of Paraga. This area hosts seating, food preparation and sports uses.

At the second level, the relationship of part and whole was studied, in order to achieve privacy without altering the sense of unity and common qualities of the space at the level of the complex. The rooms, as smaller units of the building volume, seek to break their elongated axis, creating horizontal zones of independent uses, such as those of the bathroom, the living room and the master bedroom. Wooden partition panels and low built-in benches act as filters that allow visual contact of the individual spaces.

Harmonization with the natural environment is sought with the extensive use of stone at the base of the building volumes and in the outdoor configurations.