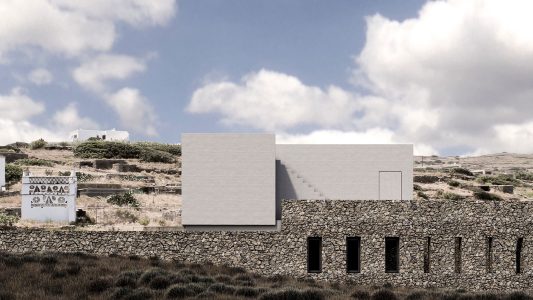 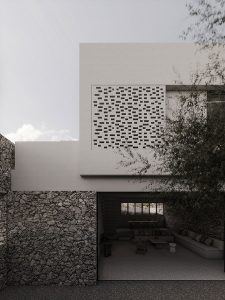 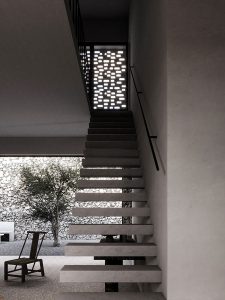 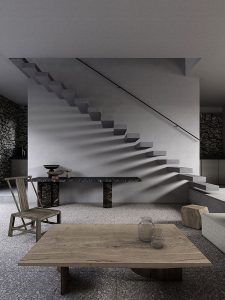 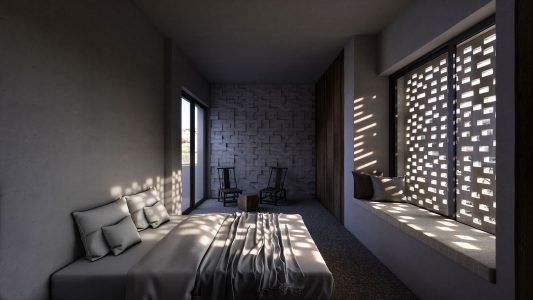 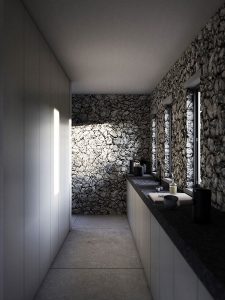 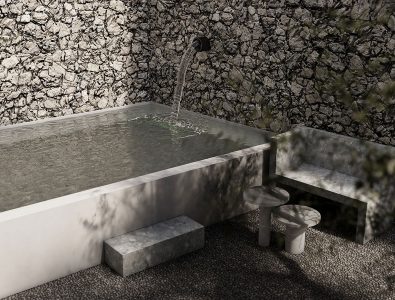 The present study concerns the construction of a vacation residence on Tinos Island’s Kampos settlement. The settlement is built on the hinterland of the island, away from the sea and the crowds, occupying a short hill surrounded by hills and slopes offering views to multiple directions.

The main desire of the owner was to create a space of serenity and seclusion away from the noisy everyday life. This idea was the core compositional principle of the building. In this way, the spaces are organized based on the idea of introversion and gradual reconnection with the environment. Entering the building through a dark threshold intensifies this feeling. Following the same principle, the living areas have a limited connection with the outside environment, as they open to an enclosed patio. The sense of introversion in the ground-floor spaces gradually fades as someone moves to the upper floor. On this level, the bedrooms and the corridors are oriented to two diametrically opposite positions. The views of the dry stone walls that organize the slope to the south and the hill with the old windmills to the north create a new connection with the natural environment. At the second level, the outdoor staircase and sitting area are placed towards the settlement, offering an elevated view of the built environment.

The materials used in the construction of the residence derive their origins from the special characteristics of the landscape of Tinos. The ground floor wall, which serves both as the property’s boundary and as an integral part of the building, is constructed using local dark slate rock. At the upper level, the building forms a geometric solid that changes constantly depending on the view. While one façade looks as if it was carved from a solid block, another becomes porous using perforated panels reminiscent of the traditional Tinian dovecote.