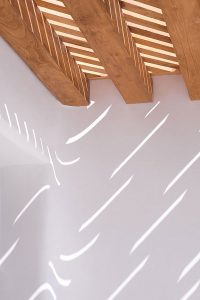 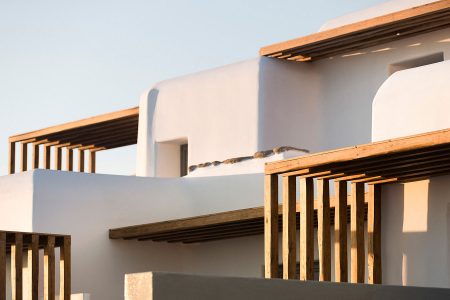 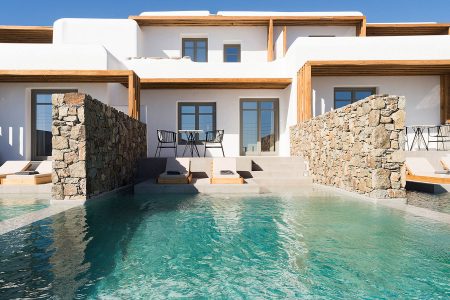 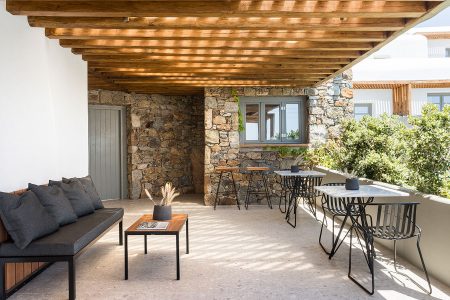 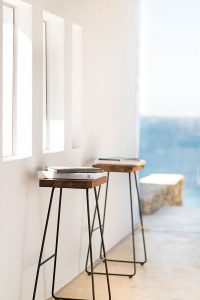 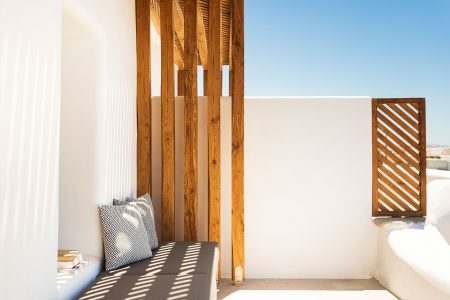 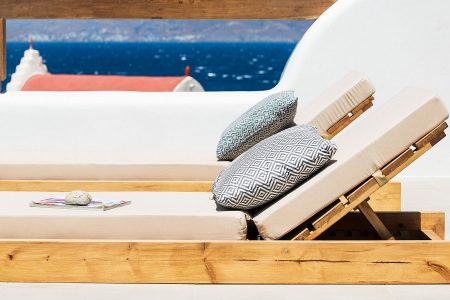 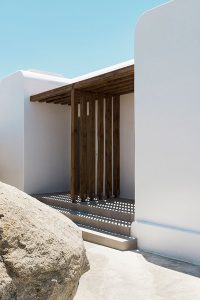 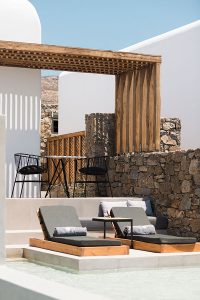 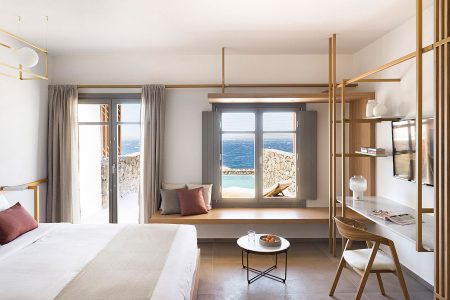 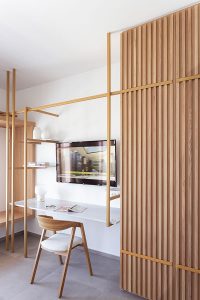 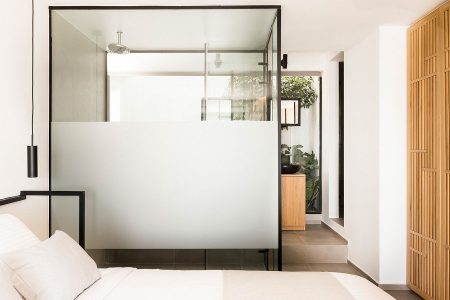 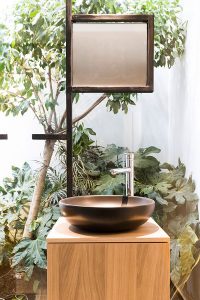 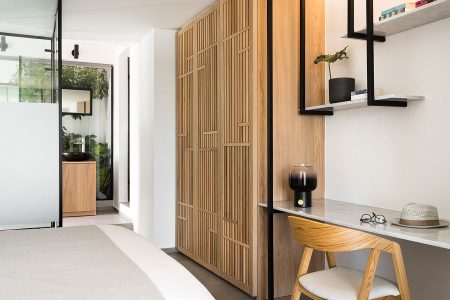 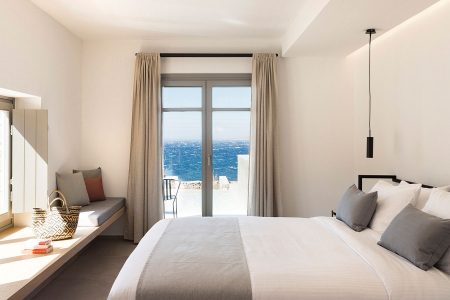 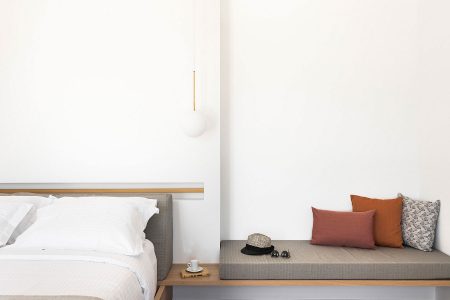 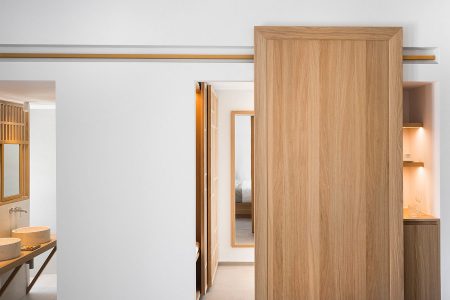 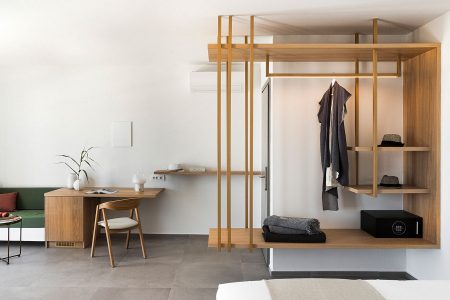 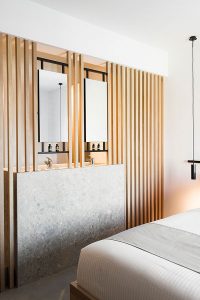 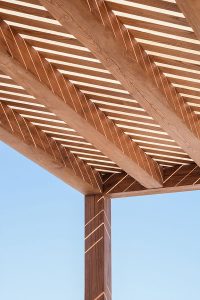 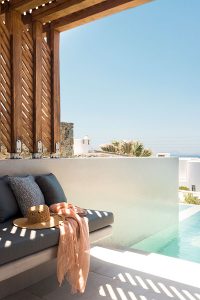 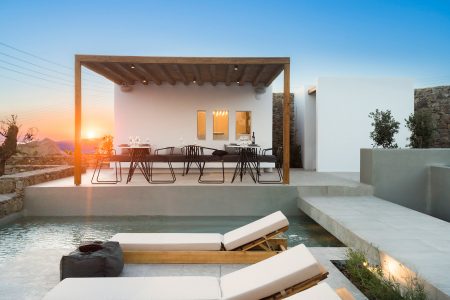 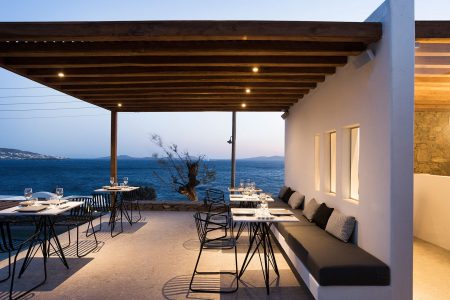 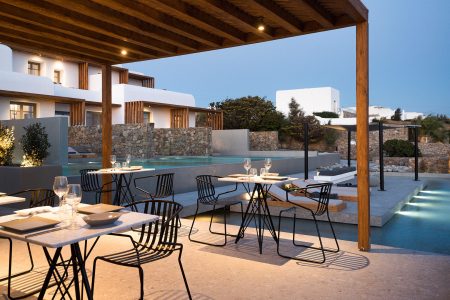 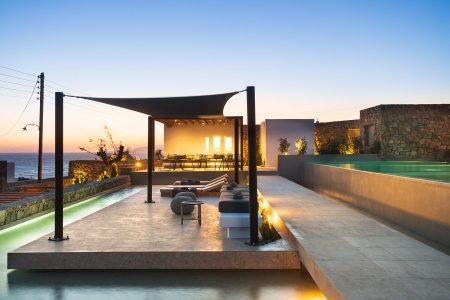 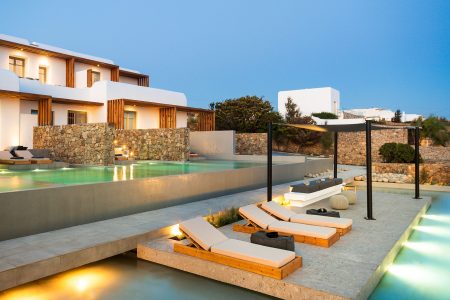 This study concerns the conversion of an existing summer house of the 1980s, in Agios Stefanos of Mykonos, into a leisure complex of six rooms and a suite.

The proposed rooms are elongated, oriented to the south, and form independent volumes next to each other, allowing the view to the sea. The basic synthetic gesture in all rooms is summarized in the creation of a linear motion.

Along the North – South direction, which is identified with a simultaneous gradation of the privacy of the spaces. The users enter the North in the less bright, atmospheric interior spaces. They move in succession, descending a level, into the living room and gradually end up in the outer space and the central private pool, which is the center element of the composition.

In the interior, a variety of perforated surfaces act as filters that allow or prevent visual contact with each space and give depth to the interior of the room, thereby enhancing the experience of this transition.

The succession of soft and hard materials such as wood with marble, metal with linen, coated concrete with water, the use of white and earthy colors, as well as the variety of cross-sections and textures, aim at a modern transcription of the island’s architecture that interacts with the existing landscape that surrounds it.