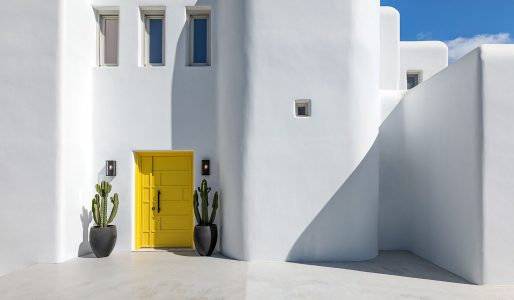 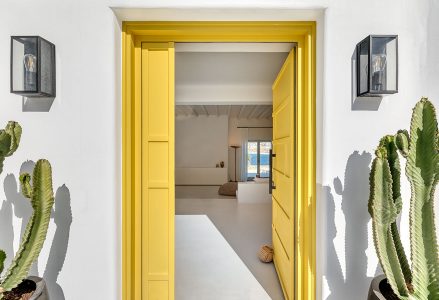 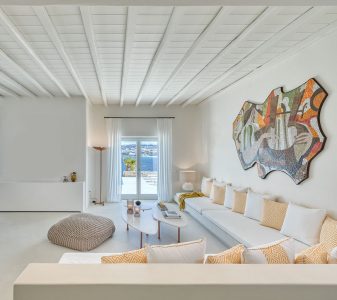 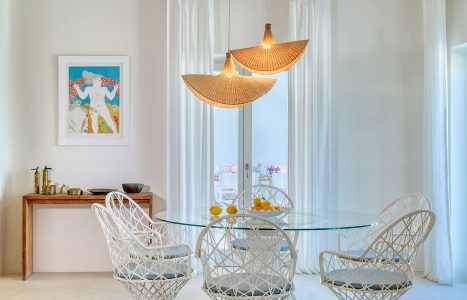 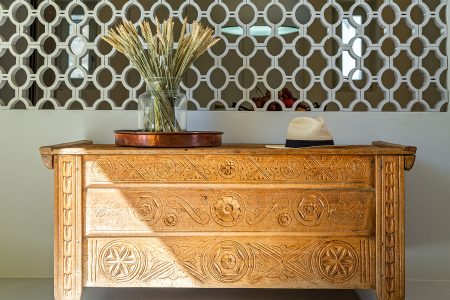 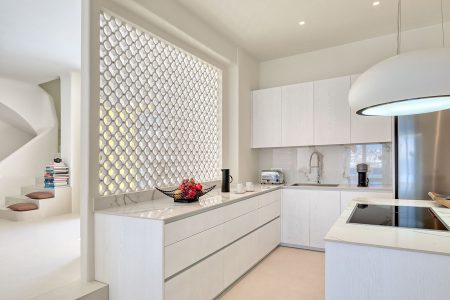 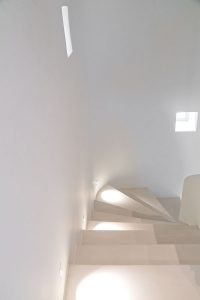 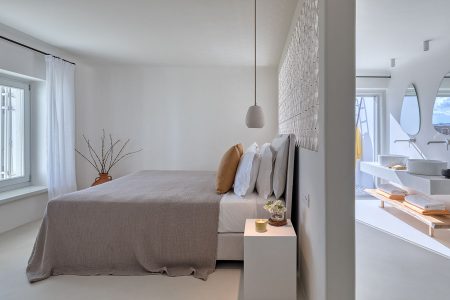 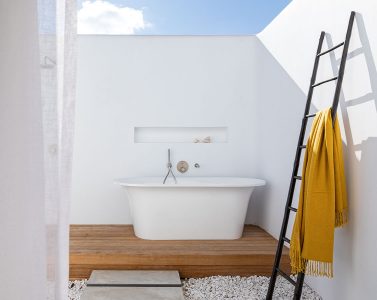 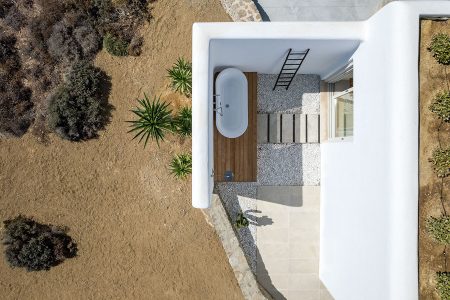 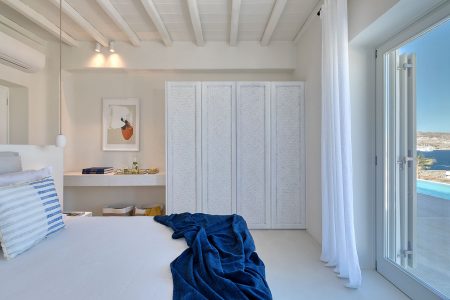 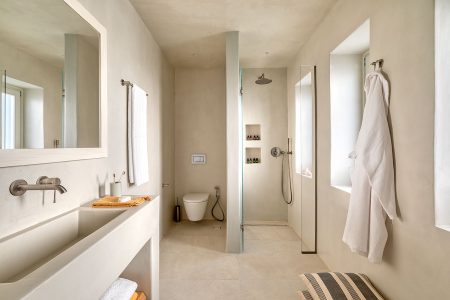 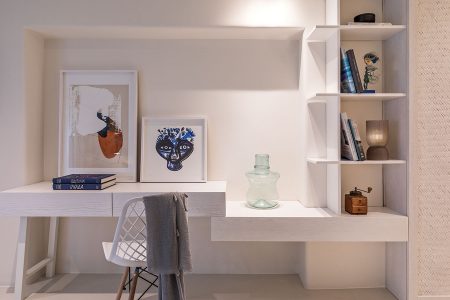 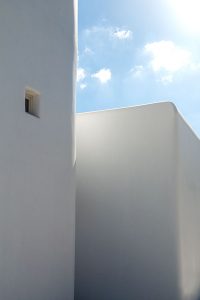 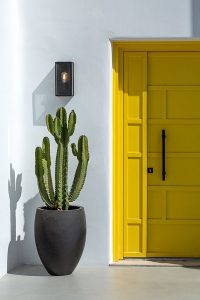 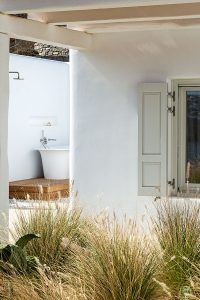 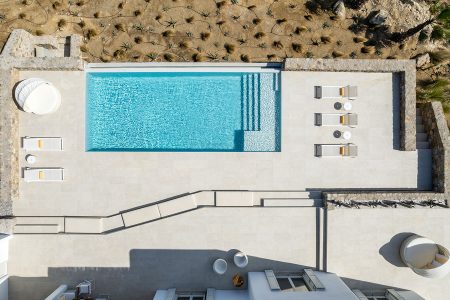 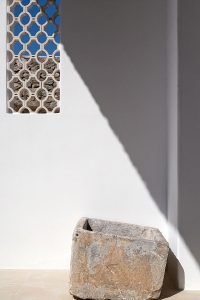 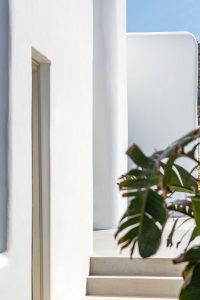 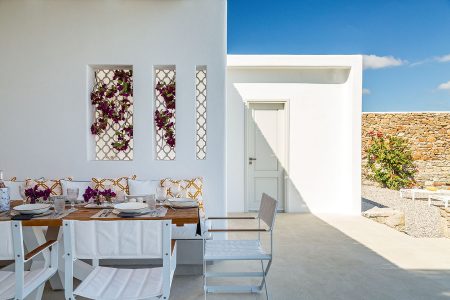 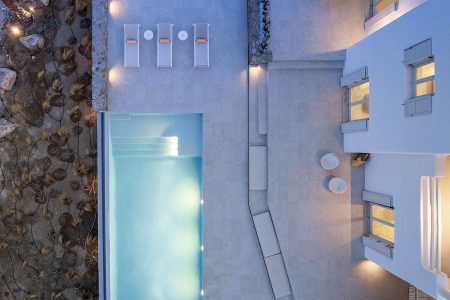 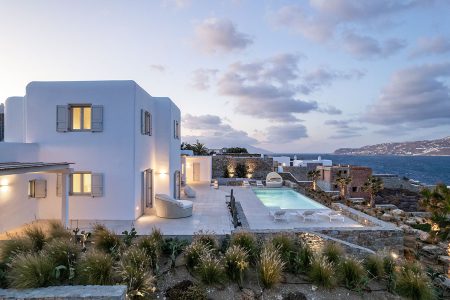 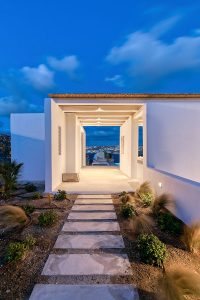 This project concerns the complete restoration of an existing summer house, the study of the interior design and landscape. The plot is located on the island of Mykonos in the area of ​​Kanalia. Built close to the coastline, the house has unobstructed views of the sea and the town of Mykonos.

According to the desire of the owners, the house should have the maximum possible number of private bedrooms as well as the necessary common areas. The brief includes 6 bedrooms with private bathrooms as well as an open space of living room – dining room and food preparation. Outside, the surrounding area of ​​the house is developed at different levels, directing the main functions to the sea.

The house is arranged on 2 levels, the first of which includes the living areas and two bedrooms, while the second one includes the other bedrooms. The need to combine many independent functions in the rooms, led us to the idea of ​​an open plan space, especially in the bathrooms. Each room is solved in a special way to ensure the maximum possible extroversion of even the most private uses and the maximum possible brightness.

Wooden panels, thin metal elements and glass surfaces allow light to diffuse inside the rooms, while at the same time allowing or preventing the visual exposure of the occupants in public view. Emphasis was placed on the preservation of natural colors, both indoors and outdoors, with tones borrowed from the island’s color palette. The architectural elements that are added are combined with the existing ones, following the steep slope of the ground, in order to highlight the place itself as a dominant element.