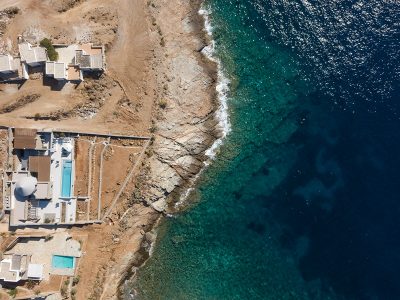 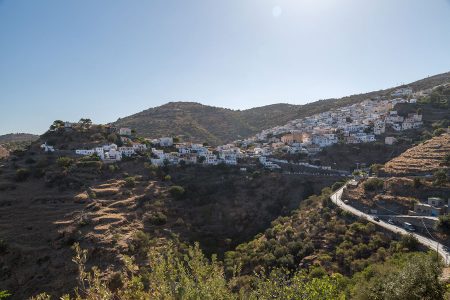 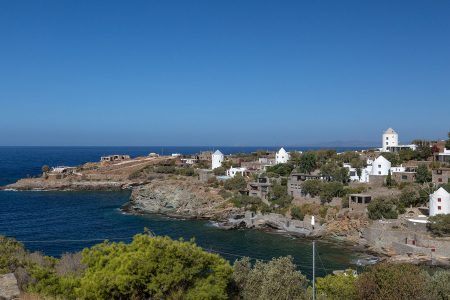 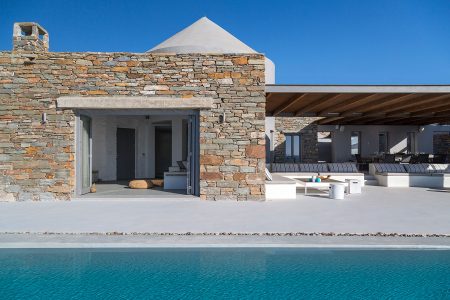 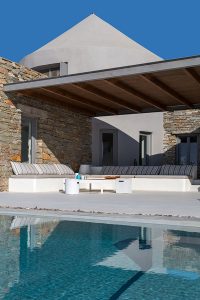 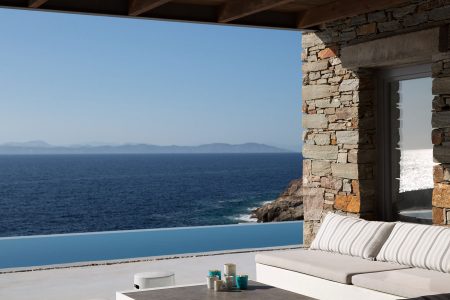 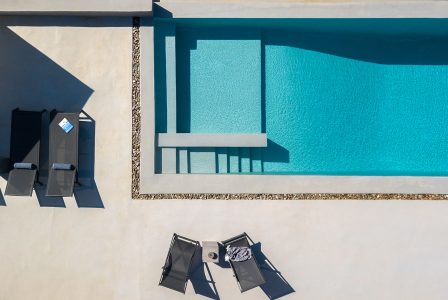 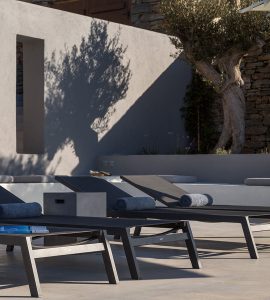 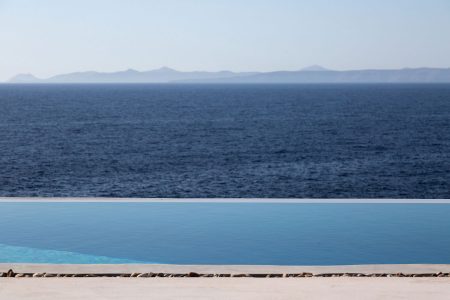 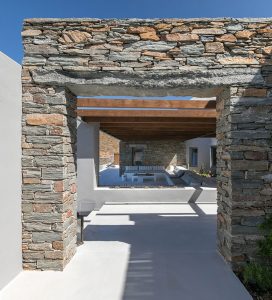 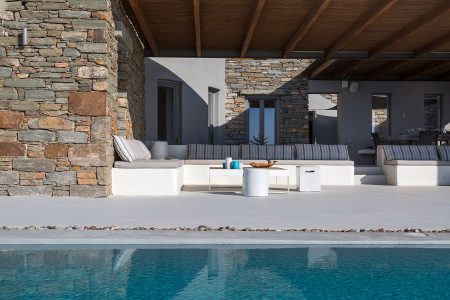 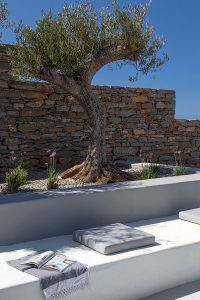 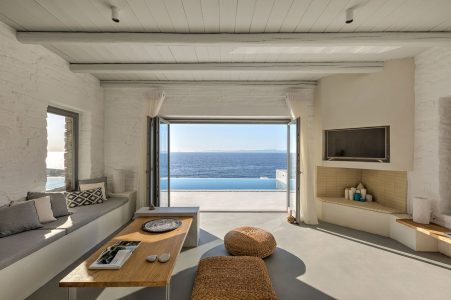 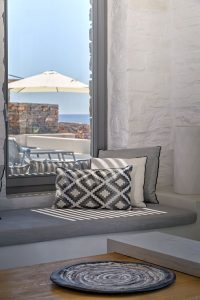 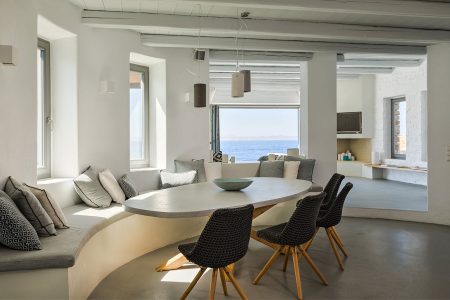 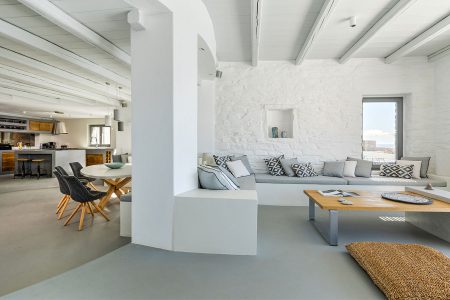 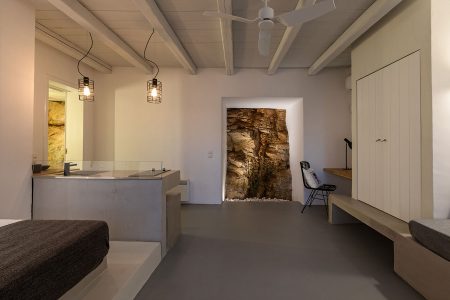 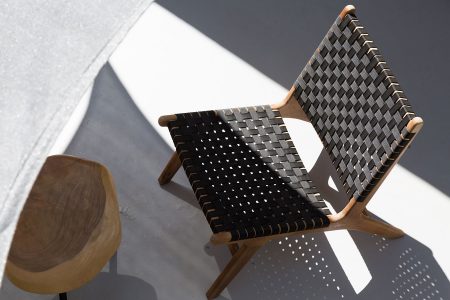 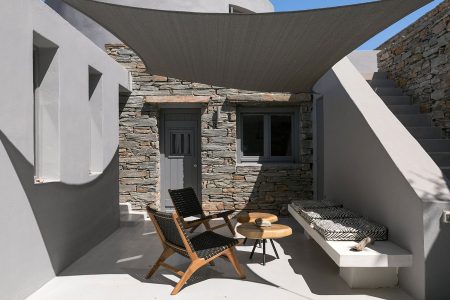 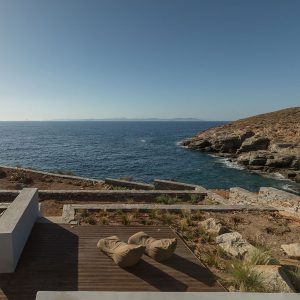 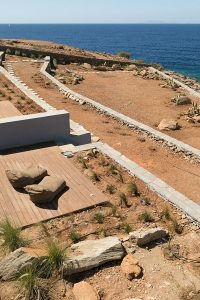 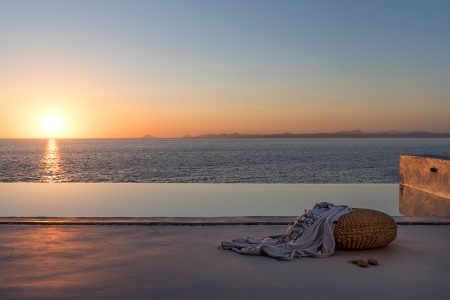 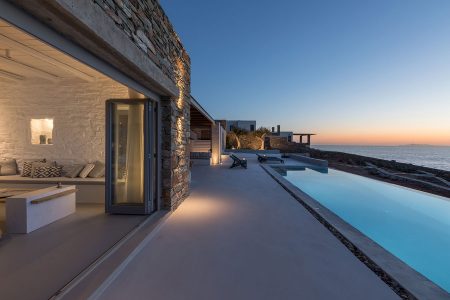 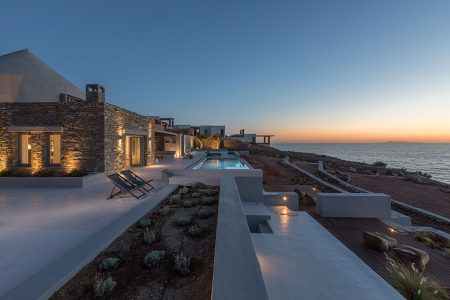 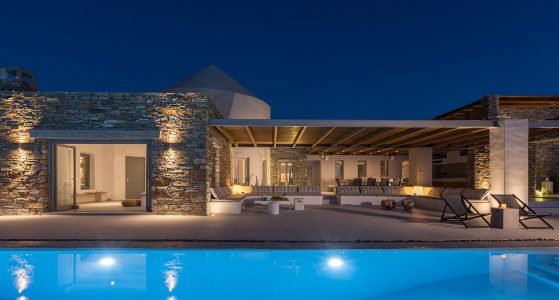 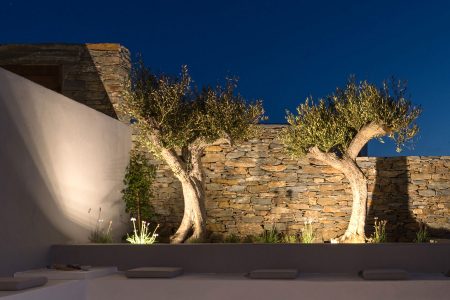 This project concerns the restoration and completion of an existing dwelling on the rocky island of Kea, as well as the study of landscape and outdoor spaces, while maintaining its individual character. Close to the picturesque settlement of Koundouros and in a seaside area full of traditional windmills, the plot disposes one itself. The brief introduces three bedrooms with ensuite bathrooms and common living spaces, flexibly transforming the residence into a summer vacation complex of independent ones. Built close to the coastline, the project offers a conducive west orientation and unobstructed view to the archipelagos.

The residence is organized in two levels, the first of which consists of the living spaces and two bedrooms, each with an independent entrance. The second level, which is actually the existing upper level of the mill, consists of the third autonomous bedroom, accessing directly the terrace of the tangible buildings offering an individual outdoor space to the room.

Three elements become key and challenge to this architectural study; the inextricable link with the site, the integration of the existing traditional windmill and the fulfillment of the functional needs. In traditional Aegean architecture, natural and built environments, in a relationship of constant interaction and reciprocity, create a unique spatial narrative in the Aegean Sea. In our study, the additional architectural elements are combined with the old ones, following the natural slope of the terrain, dressed in earthy shades, allowing landscape to take centre stage.

Painted white, the rough stone walls in the interior of the residence behave as a textured canvas for light and shadow throughout the day. On the façade of the residence the existing stone wall is preserved, while the volume of the mill is covered with gray plaster, aiming at the visual alignment with the landscape. The surrounding area develops into levels transferring the main functions closer to the sea.

Residents can immerse themselves in seclusion, tranquility and enjoyment of the Aegean blue, both through the interior and the outdoor spaces, the pool or under the awnings.